Mastering a masterpiece - My Debut Album!

2 years in the making 2 years on the move.
Finally this day had arrived. Running breathless to get to the tube, and along the road to get to Kevin Metcalfe's Soundmasters Studio. It is finally time to master my debut album! 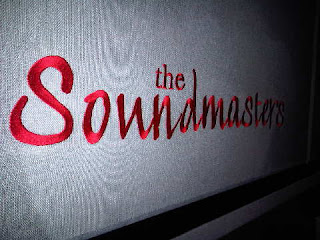 At 10:30 a run through listen and a brief analysis of the tone and mood of each song. The song order was handed over and we were well on the way. 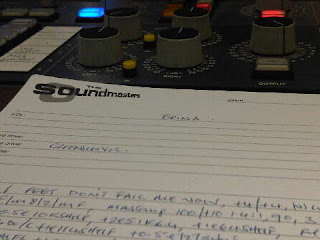 First under the knife was "Feet Don't Fail Me Now" Purely analogue and ingenious. As I watched Kevin's head bop to the beat and rhythms. I sit just wondering what's going through his mind. Very well knowing what's going through my mind; the very uncertainty with an underlying surety of what I want. Then he says "does that sound arite?" and then I'm lost ! I'm so used to communicating with Kieran- "break this down for me..." But I'm lost for words and he could see it in my face. Simple escape I just nodded my head. I gave up and I put my entire trust in this strange guys fingers and hands to put the final touches of transmitting my artistic expression, my nakedness my art my voice to the rest of the World.
Feeling alone yet protected, scared but motivated. Then I suddenly remembered I had stuffed my comfort towel in my hand bag. That should keep me secure for the long hours ahead. 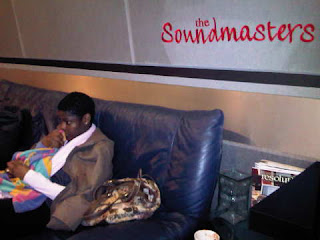 Next track: "Lala Vizuri (Sleep My Little Baby)". Kevin: "nice mix", with his head still bopping away. Gradually I'm warming up to him. Yet I question if this is false assurance. Along with a fresh cup of coffee next treatment is on "African Pride"; a little TLC and every instrument gets a place to shine, a little sparkle, and Voila ! 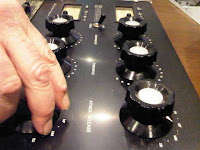 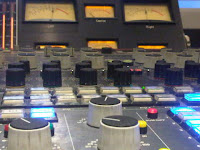 Each track starts out stripped bare and then switches are flicked on, lights come on and go off knobs are turned left and right and again and again, more switches. A listen here and there and the buttons are switched on and off.
I watch carefully, listen intently to the treatment that my next song gets- "Daughter Of Zion". In this song we battle with the bass, so we drop the intro and give the lows a greater punch on the beginning of the song. Sorted!
"Simple Progression" was a simple do. The mix was done so well that there was not much that needed reinforcement at today's mastering session. All except two lips sounds that- I never heard and still never heard only until the visuals were pointed out- were simply smoothed over.
On the "Soul's Song" we hit it. The clarity was enhanced and the song is finalised.
After a short break for lunch I returned to the studio on the last tweaks to "Listen", just a little warmth needed and next patient please!
The long one featuring Toots Hibbert "Guns and Roses". I just observed what this guy could get out of this tune.
"We Are Free" is my baby. I hold this song dear to me. I'm empowered just by believing in the simple yet integral message of this song. I'm observing how Kevin treats it. Rather it's not how he relates to it but it's how the song speaks to him. Then we Hit a falling wall. How do we fix it. I'm sure by this moment the look on my face is ever so disheartened. The phasing problem is sorted! on to the next track.

The morning runs into night skies. 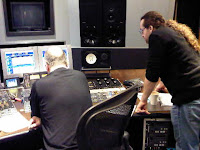 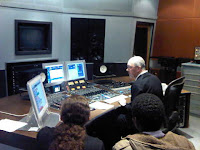 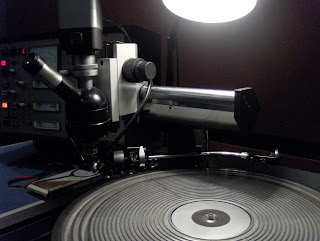 The last track "Under One Sun" is the track that takes you elsewhere, highlighting different moods, and the mastering engineer gives it the treatment it deserves and then, and then....its over.
Next stage is the transfer of files real time and we retire home to listen with fresh ears.  What a day. The day it was all set in stone. 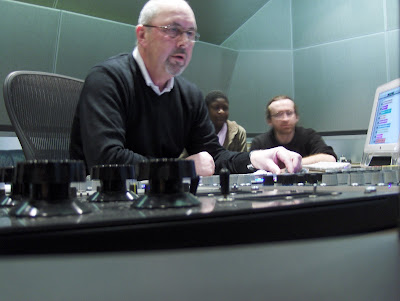 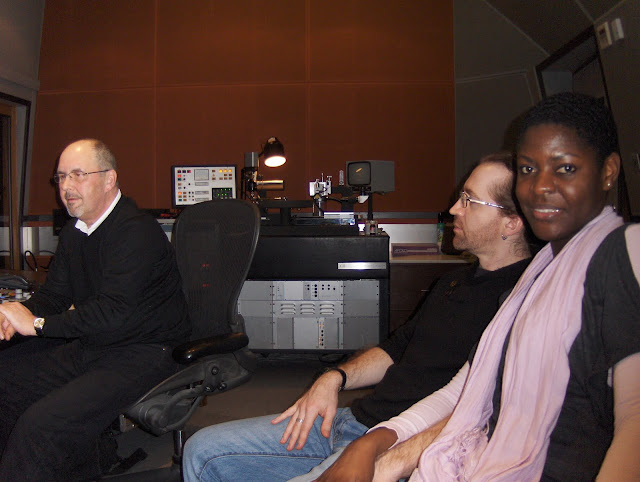